Last Friday MSLB held the third of four tournaments and it saw some alumni come back for a taste of past glory. They looked a bit rusty (a lot) but they eased that pain with some wobbly pops. In the top division SportZone Pink continued their dominant streak winning their third straight tournament. The final game was a close one with Claudia Vanderholst walking it off with a single down the third base line against Pabst Blue. In the fourth year division Stark and Perri merged with Mel's Mauve to cruise to a title. In the third year division Chainsaw Chocolate merged with Morty's Magenta and came out on top. Congratulations! 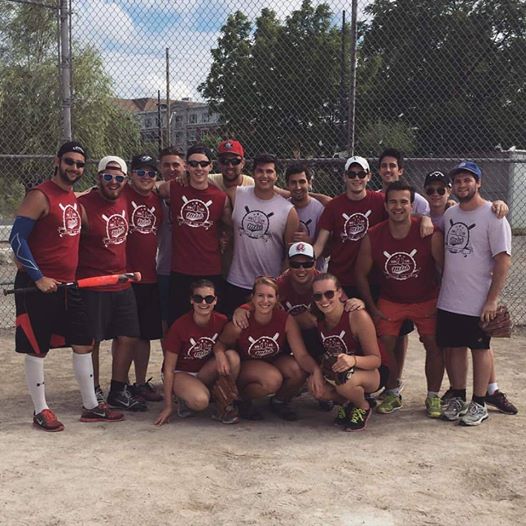 As the final week dawns over us, the playoff race is heating up and teams are vying for position. With make up games set to take place this week along with the last tournament of the year there is lots of softball to play.

In the Monday/Wednesday league the race for the playoffs is as tight as it has ever been, two wins separates 3rd and 8th with Sleeman Saffron on the outside looking in. Anything can happen. Let's take a quick look at everyone's remaining schedule.

Shoeless Sapphire arguably has the toughest schedule of the bunch but we all know captain Ayah Sharari is holding a team meeting rallying up the troops for a huge week ahead, while Nick Deaner is cooking up some Nic(keys) to success for his squad. Sleeman Saffron has three games against non-playoff teams and will look to take advantage and book their ticket to the big dance.

In the Tuesday/Thursday league things are lot more interesting throughout the standings with races for virtually every spot. Jack Daniels Dark is on the outside looking in but were once favourites to top the league. The last week is sure to be drama packed. Let’s take a look at the remaining schedules:

TEAMLTD has the toughest schedule with two games agaisnt top 3 teams on Tuesday but will look to have a big day and skyrocket up the standings. Pabst Blue looks to remain undefeated and top the division. Stark and Perri have a favourable schedule with a game in hand on JD Dark as they look to lock up the last spot in the playoffs.